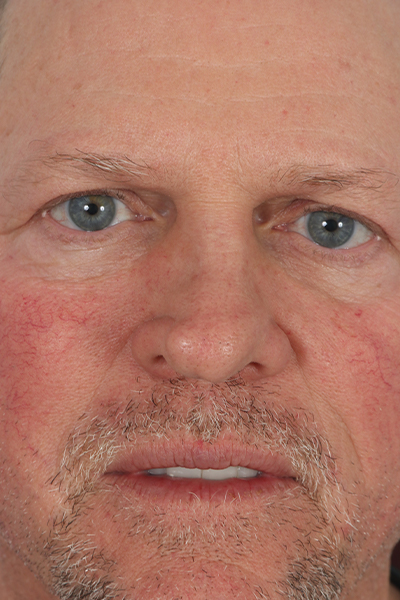 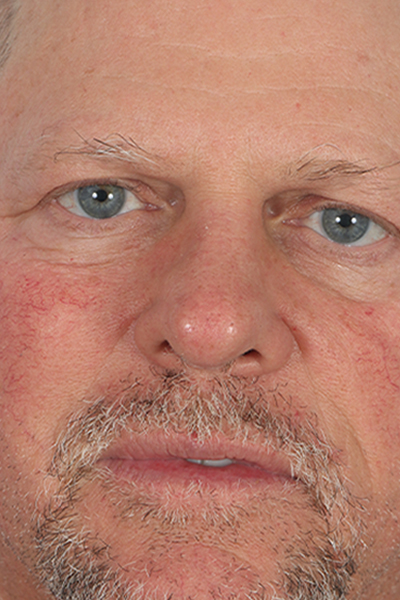 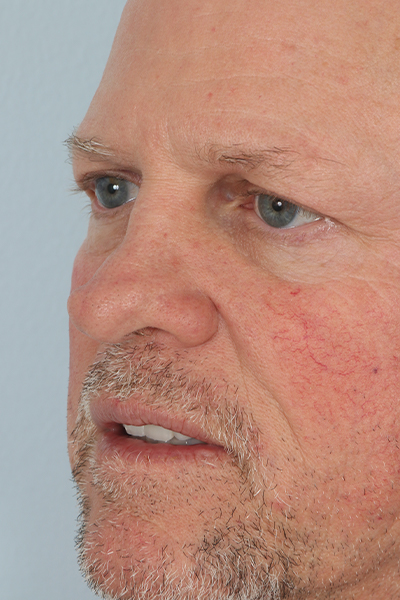 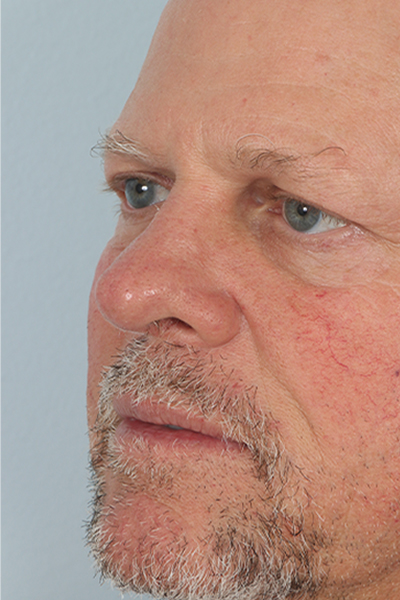 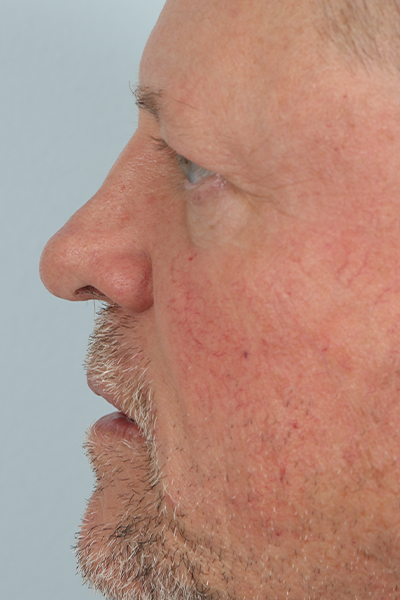 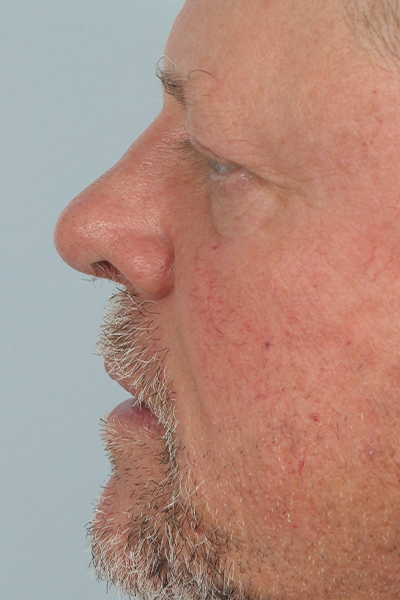 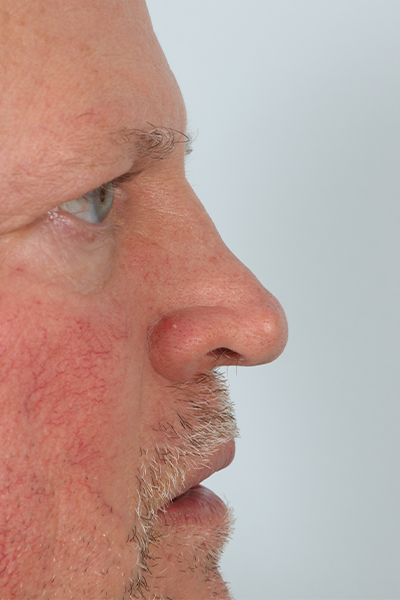 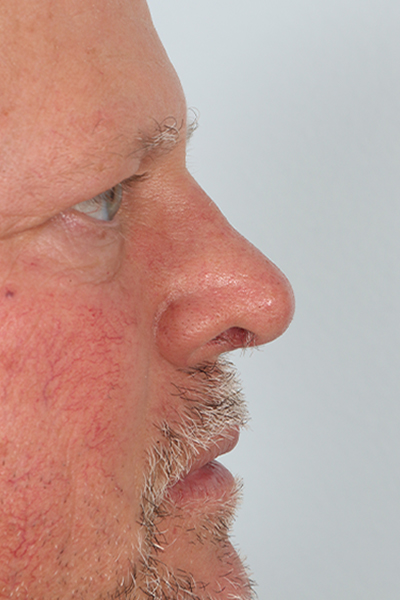 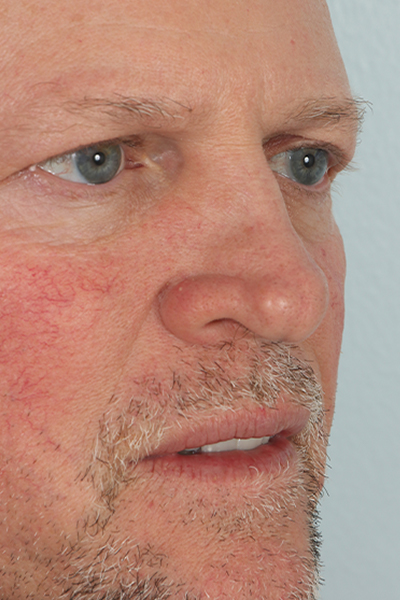 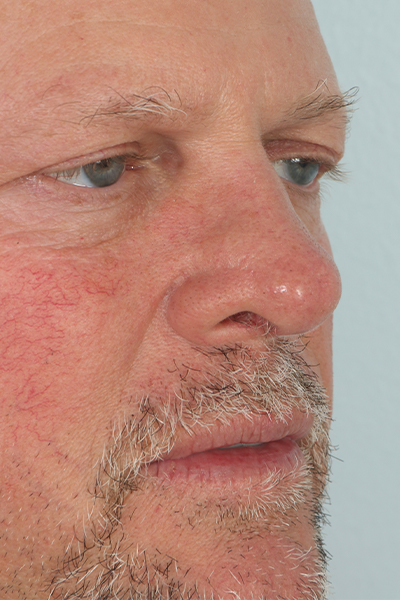 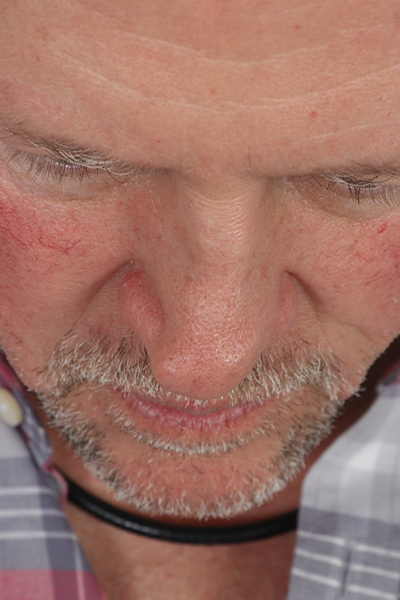 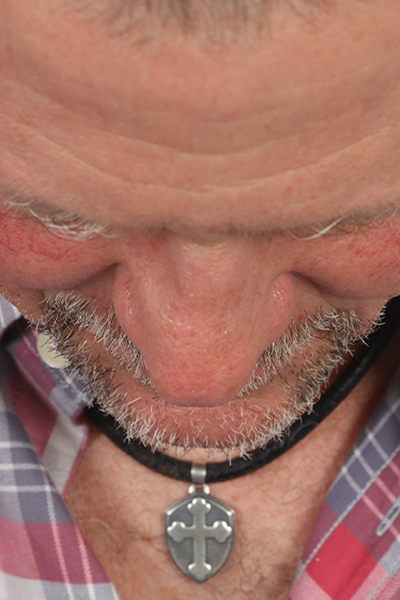 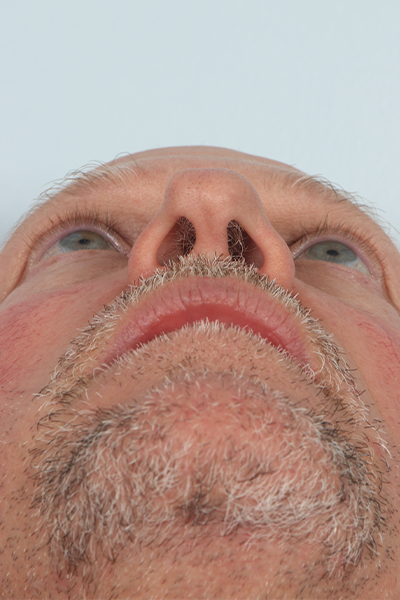 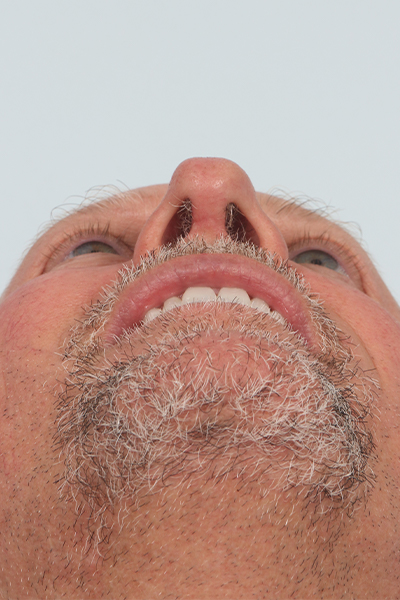 This patient in his mid 50s had broken his nose 30 years earlier. He had it repaired and unfortunately within a month broke it for the second time. After 30 years of living with a nose that didn’t let him breathe, he sought the care of Dr. Guy. Patients with previous trauma, previous surgeries, and deviated noses are notoriously more difficult to correct. This particular patient had no supporting cartilage on the right side of his nos which is why he also was unable to breathe on that side.Dr. Guy did a revision rhinoplasty using donor rib cartilage to help recreate the nose. As you can see in his after photos the nose appears much straighter. He can also breathe out of it which helped his exercise tolerance. From the top view you can see how much straighter the nose is as well. From the side view, you can see the improved profile of the nose. You can also see how the tip is lifted a little (before the tip was too low creating an acute angle or droopy appearing nose). From the below view you can see how the tip of the nose is more symmetric. From the frontal view you can also see how in the before photo his nose was twisting and pulling up to his right (left side of the picture), but in the after photo the tip is more symmetric and no longer being pulled up on the right. The patient has been thrilled, not only with how it looks but also the fact that it functions again.