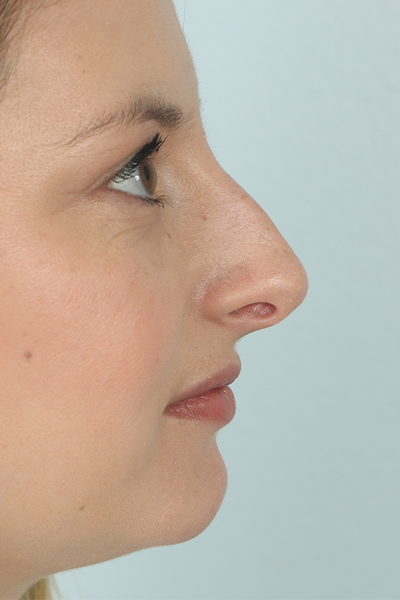 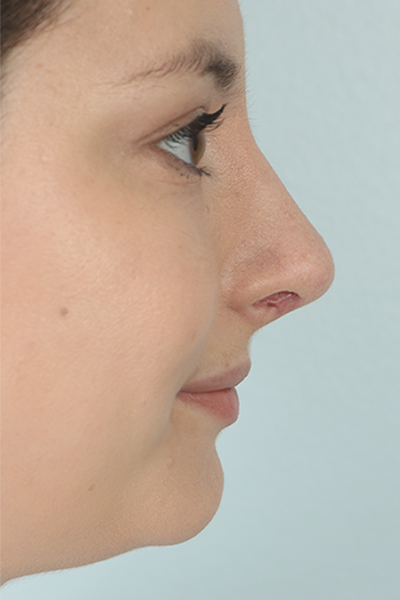 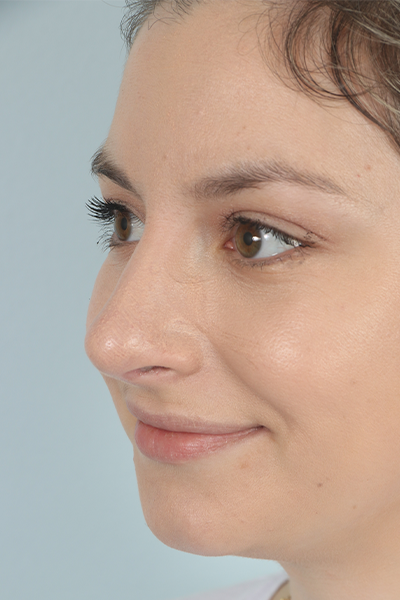 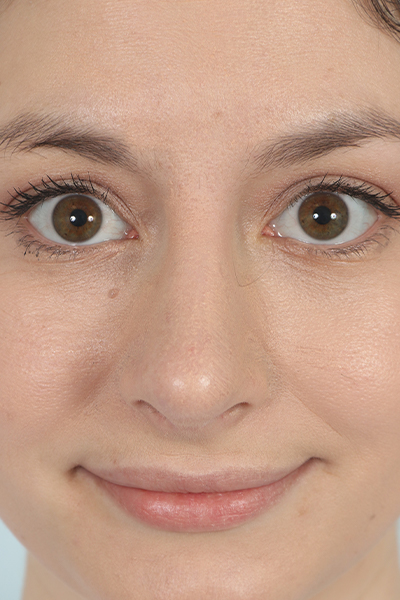 This patient in her 20s felt her nose was too large. On the before photos you can see she had a convex nasal appearance (hump) She also had a hanging columella(the side view shows the nose is hanging down too much from the nostril) and her nose is over projected (sticks out too far from the face). This is commonly referred to as a tension nose which is frequently seen in Caucasian patients. She underwent removal of her hump, intercartilaginous and intracartilaginous incisions to help refine her tip, and a technique known as a tongue in groove to help improve her hanging columella and also deproject her nose. As you can see in the after photos her nose has a much more feminine and refined appearance without looking done. The frontal view shows a much less pointy columella and a softer appearance. The post-operative photos are from 6 months after surgery.