As we age, our skin’s overall quality and texture will inevitably begin to decline. Thus, you may notice wrinkles, lines, and other skin imperfections start to reveal themselves in the mirror and to the world around you. Aging isn’t easy for anyone, but many incredible procedures can turn back the hands of time. Laser skin resurfacing is an excellent way to restore your skin to its youthful brilliance.

Dr. W. Marshall Guy, a double board-certified facial plastic surgeon, is an expert in laser skin resurfacing and a host of other Surgical and MedSpa procedures. If you believe that laser skin resurfacing can benefit you, Dr. Guy and the team at Dr. Guy Facial Plastic Surgery would be happy to meet with you in a friendly and informative consultation to discuss your concerns.

Please call (832) 956-1040 or schedule a consultation online with Dr. Guy today to learn more about laser skin resurfacing in The Woodlands, TX.

What is Laser Skin Resurfacing?

Laser skin resurfacing concentrates a single beam of light onto the skin to restore its quality, texture, and laxity. While many older iterations of laser technology were sufficient to an extent, they produced unacceptably high side effect rates. Newer lasers have drastically improved on this metric.

Newer laser technologies treat only a fraction of the skin at a given time, allowing the untreated skin to help the treated area heal faster. Hence, there are fewer risks of side effects when compared to the original ablative lasers.

You will begin to age in several ways as you grow older, including:

How Does Laser Skin Resurfacing Work?

It’s all about using beams of light. These beams heat up “cylinders” of the skin when the laser light is absorbed by either water, skin pigment, or blood vessels (depending on the type of laser).

The device removes your outer layer of skin while simultaneously heating the underlying layer. This process causes new collagen fibers to develop. As the treated area heals, smoother and firmer skin will begin to form.

Ready to Look Your Best?

What Type of Lasers Does Dr. Guy Use?

Dr. Guy considers carbon dioxide (CO2) lasers to be the gold standard of laser skin resurfacing technology, as they emphasize the benefits and reduce the side effects of traditional lasers.

Dr. Guy Plastic Surgery uses the Rohrer Phoenix CO2 laser, which delivers all of the benefits of laser therapy more gently and safely.

For those who don’t quite need a CO2 laser session, or for those who want less downtime, we also offer Erbium: YAG lasers for skin resurfacing. These lasers do not penetrate as deeply as CO2 lasers, meaning there will be significantly less downtime. It is also used at the end of the CO2 treatment to speed up the healing process.

There are three ways to resurface the skin: chemical peels, dermabrasion, and lasers.  In turn, each resurfacing technique can be superficial, medium, or deep.  As you can imagine, the recovery time takes longer the deeper the resurfacing, but the results can be longer-lasting and more impressive.  In addition to the restoration of a youthful appearance to the skin, a further benefit is that these can help treat and prevent early skin cancers from developing into a true skin cancer.

Lasers are a specialized device that concentrates a beam of light to a single spot on the skin.  This, in turn, heats up these “cylinders” of skin when the laser light is absorbed by either water, skin pigment, or blood vessels depending on the type of laser being used.  There are different types of lasers for different skin conditions.  The first lasers were fully ablative.  This means they evaporate the entire top layer of the skin.  These were very effective at resurfacing, but, unfortunately, had an unacceptably high side effect rate.  The next devices created were non-ablative meaning they would not affect the top layer of skin.  These include devices such as Thermage, light-emitting diodes, IPL (intense pulsed light), and other devices using either radiofrequencies or other forms of heat.  Some of these technologies were beneficial but were not able to get the same results for the skin that were achieved with the original lasers. 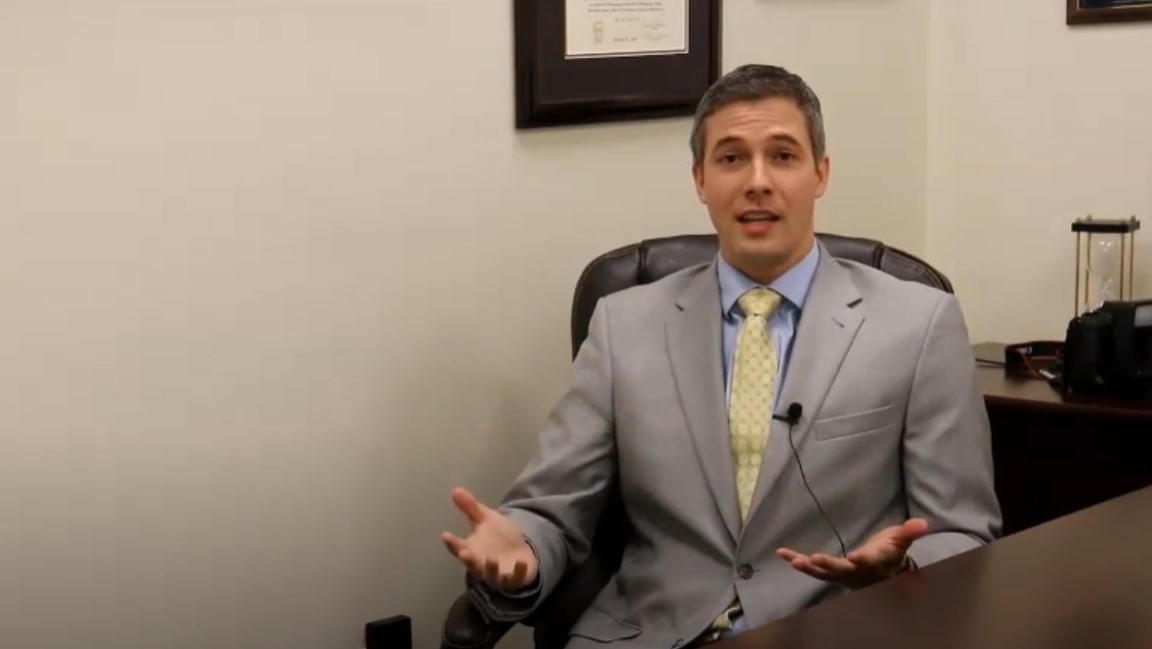 View: What to expect during laser ski resurfacing

Newer lasers combined the benefits of the original ablative lasers but lessened the side effects by creating fractionated lasers.  This involves treating only a fraction of the skin at a given time.  This allows the untreated skin to help the treated area heal faster.  The benefit is there are fewer risks of side effects when compared to the original ablative lasers. A commonly used fractionated laser is the carbon dioxide or CO2 laser.  This is the gold standard when it comes to skin resurfacing with lasers.

How Laser Skin Resurfacing is Performed

At Dr. Guy Facial Plastic Surgery we use the Phoenix, fractionated CO2 laser to treat a variety of skin conditions.  This includes rough skin, sun spots, sun damaged skin, certain precancerous lesions, and sun damaged hands.  With our specialized attachment, you can treat each hand in less than a minute.  For those who don’t need quite the treatment of a CO2 laser or for those who need less down time, we also offer Erbium:YAG lasers for skin resurfacing.  This doesn’t go as deep as CO2 laser which means there is less downtime.  It is used at the end of the CO2 treatment to speed up the healing process.

Dr. Guy has expertise with all methods of skin resurfacing, and he can discuss them with you during a consultation. 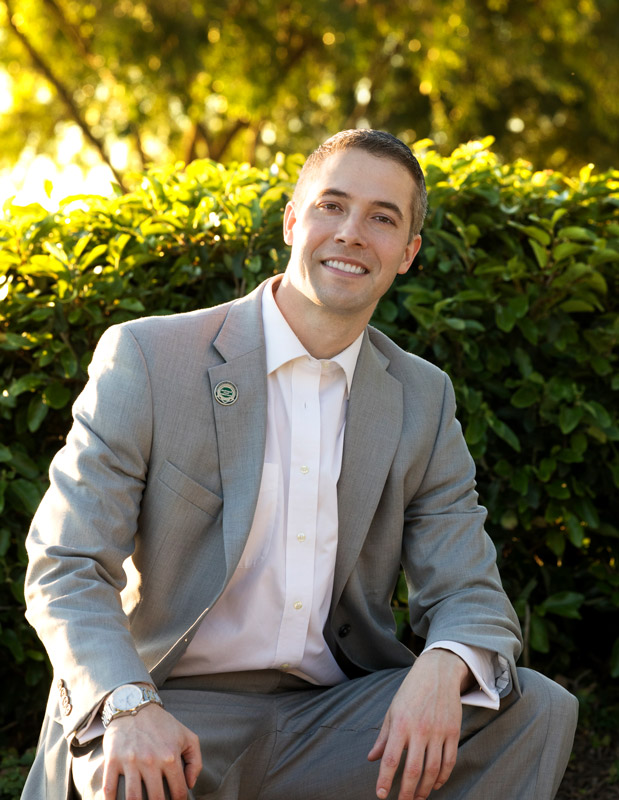 It's Your Time to Look Your Best!

Dr. Guy is a specialist in all areas of rejuvenation and reconstruction for the face and neck. As a double board-certified and fellowship-trained facial plastic surgeon, Dr. Guy knows that everyone ages differently and that there is no one size fits all when it comes to restoring a youthful appearance. From surgical options like a facelift to non-surgical options like Botox® and dermal fillers, there’s never a better time to look your best.

Laser skin resurfacing can produce fantastic results, but is it the best fit for your concerns? Dr. Guy meets will all patients with the intent of finding the very best and most cost-effective method to reach their aesthetic goals. You can expect a friendly, informative chat with an expert who has your best interest in mind. Whether you are interested in laser resurfacing, facelifts, neck lifts, or any other procedure, Dr. Guy is here to help.

To learn more about The Woodlands laser skin resurfacing, reach out to Dr. Guy at (832) 956-1040 or schedule a consultation online today!

What Can I Expect in the Recovery Phase?

Most of the time, you will feel as if you have received a mild sunburn. You may also experience some redness, swelling, itching, and stinging for several days after your procedure. Typically, the skin will begin to peel after about three to five days after treatment, and new skin will start to appear underneath. This new skin will be pinkish at first, but it will gradually lighten over time. Dr. Guy can answer any additional questions about the recovery process during a consultation.

How Long Does Recovery Take?

Since everyone heals differently, the recovery time will vary. For CO2 laser resurfacing, you can expect to heal within two weeks. For Erbium resurfacing, you should recover in approximately one week. Dr. Guy will provide you with a list of instructions to ensure you are set up well for the recovery phase.

Why are Newer Laser Technologies Necessary?

The first lasers were fully ablative. This means they would evaporate the entire top layer of the skin. These were very effective at resurfacing, but, unfortunately, had an unacceptably high side effect rate.

The next devices created were non-ablative, meaning they would not affect the top layer of skin. These include devices such as Thermage, light-emitting diodes, IPL (intense pulsed light), and other methods using either radiofrequency or other forms of heat.

Newer lasers have enhanced the benefits and lessened the side effects of their predecessors.

Are There Other Treatments that can Address My Condition?

There are three ways to resurface the skin: chemical peels, dermabrasion, and lasers. Dr. Guy is an expert in each method and can help you decide which is right for you.