Dr. Guy graduated number one from medical school, college, and high school. He is a skilled facial plastic surgeon practicing in The Woodlands and Spring.

Dr. Guy grew up in the Spring-Klein area. He attended St. Thomas High School where he was captain of two varsity sports and was the highest ranking graduate. He received his undergraduate education at the University of Texas at Austin where he was a member of the natural sciences honors program known as the Dean’s Scholars. He graduated with highest honors with a 4.0 GPA with a major in biology and a minor in Spanish. He attended Baylor College of Medicine for medical school where he graduated with highest honors (highest ranking graduate). He also received multiple honors and awards including election into both the Alpha Omega Alpha Medical Honor Society (based on academic excellence) and the Gold Humanism Honor Society (based on his demonstration of the qualities of integrity, excellence, compassion, altruism, respect, and empathy).

He stayed in Houston where he attended one of the most sought after residency programs in the country at Baylor College of Medicine in Otolaryngology-Head and Neck Surgery. This is where he learned the intricacies of the structures of the neck, face, and nose. 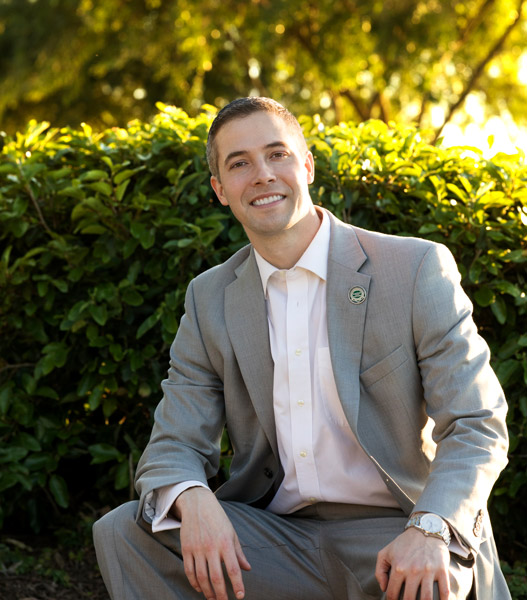 Dr. Guy returned to the Houston area and The Woodlands at the completion of his fellowship to open his own practice. Dr. Guy has strived for excellence throughout his life, and he looks forward to using his knowledge and skills to help you look your best. Read My Practice Philosophy

Dr. Guy was the senior fellow studying under the world-renowned Dr. E. Gaylon McCollough at this highly sought after cosmetic fellowship. He received extensive training in the art of facial rejuvenation. He was the physician for the medical spa responsible for laser treatments, IPL (intense pulse light treatment), laser tattoo removal, injection of fillers including Juvederm XC®, Juvederm Voluma®, Belotero®, and Radiesse®, and injection of Botox®.

Dr. Guy was selected for this highly competitive residency program where he spent five years devoted to learning surgery of the nose, face, head, and neck including being Chief Resident at multiple hospitals. Dr. Guy presented his award winning research on facial plastic and reconstructive surgery at multiple national and international meetings. It was here that Dr. Guy earned the nickname “the professor” for his dedication to the education of others and his abilities in the operating room.

Dr. Guy received academic-based scholarships to attend the highly ranked Baylor College of Medicine in the Texas Medical Center. Dr. Guy was a teaching assistant and instructor for multiple courses including the anatomy of the head and neck. Dr. Guy would go on to be the highest-ranking graduate in his medical school class graduating with the highest honors.

The University of Texas at Austin
Austin, Texas

Dr. Guy received multiple academic based scholarships to attend the University of Texas where he was admitted to the highly selective Dean’s Scholars, the honors program for the College of Natural Sciences, as well as the national honor society, Phi Beta Kappa. Dr. Guy took a rigorous course load and went on to graduate with highest honors and a 4.0 GPA.

Dr. Guy attended the prestigious college preparatory high school in the heart of downtown Houston, Texas. He received academic based scholarships. Dr. Guy was admitted to the National Honor Society, and he graduated number one in his class.

"As a double board-certified facial plastic surgeon, I wanted to personally thank you for giving me the opportunity to be your physician. I will create an exceptional experience that not only meets your expectations but exceeds them."
Dr. M Guy

"Dr. Guy is amazing! He is so nice and thorough when explaining your procedure. I just went on vacation and several people thought I was 10 years younger than I actually am. That has never happened to me before! I am so much more confident now. Thank you Dr. Guy! You're the best!"

Where did you grow up?

I grew up in the Spring area on the North of Houston.

Tell us about your education and training

I went to high school at St. Thomas High School in downtown Houston where I graduated number one in my class.  I went to the University of Texas at Austin for my undergraduate training. I received a Bachelor of Arts in biology with a Spanish minor. I also graduated top of the class with a 4.0 GPA. I went to Baylor College of Medicine in Houston for medical school, where I also graduated top of my class with the highest honors. I did my internship and residency at my top choice in the Bobby R. Alford Department of Otolaryngology-Head and Neck Surgery at Baylor College of Medicine. I did my fellowship in Facial Plastic and Reconstructive Surgery in Gulf Shores, Alabama at the McCollough Plastic Surgery Institute under the training of Dr. Gaylon McCollough and Fred Fedok, who are both former presents of the American Academy of Facial Plastic and Reconstructive Surgery.

What type of surgical procedure do you specialize in?

I specialize in everything in the head and neck area.  My top three most commonly performed surgeries are facelifts, including neck lifts, cheek lifts, brow lifts, mini lifts, etc., blepharoplasty, and rhinoplasty.

What is your philosophy at your practice?

I look to create a very natural result that helps to bolster one’s self confidence and turn back the clock.

Why did you become a facial plastic surgeon?

I’ve always been great with my hands, so surgery was an easy fit. I specifically chose this route because it allowed me the opportunity to spend a lot of time with each patient, get to know him or her, and provide readily visible results. I chose facial plastic surgery given the high degree of precision required to achieve extraordinary results.

What do you like most about being a facial plastic surgeon?

Spending time with patients and seeing how happy they are with the improvements we provide.

What methods did you employ to accomplish your goal of becoming a successful doctor?

As my education shows, I’ve always been an overachiever. Couple that with being accepted into top training programs and putting forth the extra hours to be the best I can be has helped to create a successful practice.

What do you like to do in your leisure time when you are not operating or seeing patients?

Most of my leisure time is spent with my family. I have two daughters and a son that take up much of that time. Activities include swimming, bike rides, board games, reading with them, and even playing video games with my oldest child.

What epiphany did you experience while studying to become a surgeon that led you to choose aesthetic surgery?

It is the only field that lets me spend the amount of time I want to spend with patients without feeling rushed.

What three words best describe you?

What mentors do you currently have, or have you had during your career that made a lasting impact on you?

I’ve been fortunate to have many great mentors. In my resident training, I was able to work with Drs. Anthony Brissett, Krista Olson, and Gene Alford. In my fellowship, I had the opportunity to train under two former presidents of our academy, Gaylon McCollough and Fred Fedok. After fellowship, I shadowed Dr. Russell Kridel until my office was able to open.

Why do patients choose you as their facial plastic surgeon, and what makes you different and unique?

Patients choose me for multiple reasons. I would first say they see the before and afters and the work speaks for itself. Beyond that, I have an excellent bedside manner that makes people feel comfortable and confident in their decisions. I also provide plenty of time for patients so that no one feels rushed. They also know that I listen, so we create an aesthetic plan based on their goals, not just what could be done but what they want done. Following surgery, I call patients daily to check on them for a week.  I also have a book I wrote and provide to the patients to help them better understand their surgery and what to expect during the process.  Doing all of the little things provides for a smoother recovery.