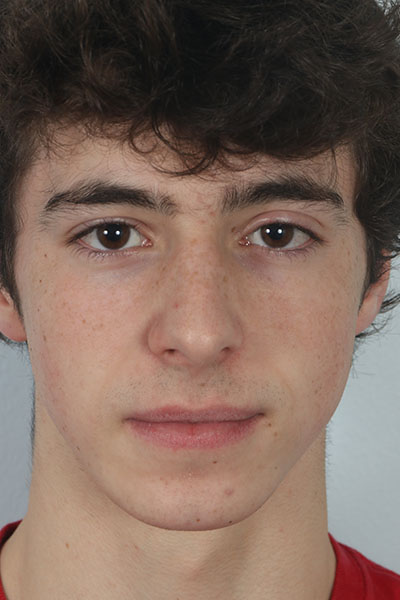 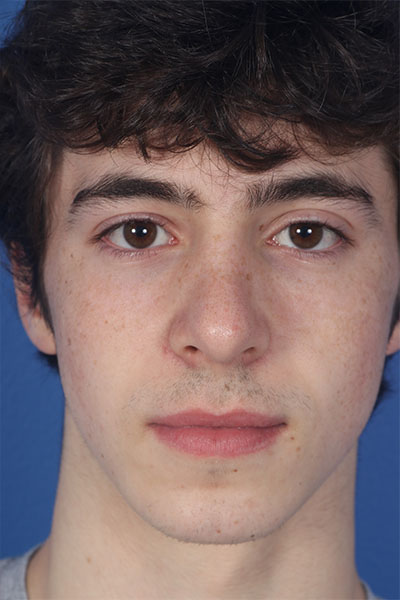 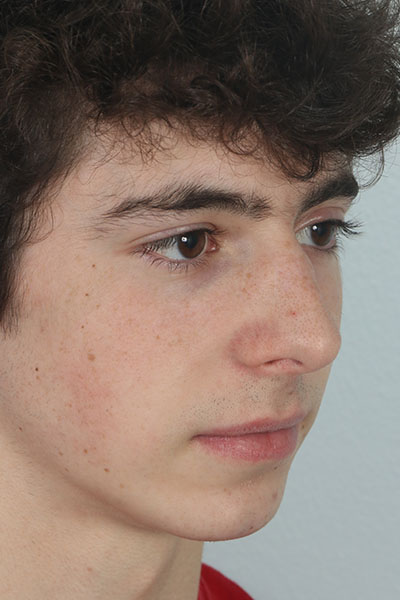 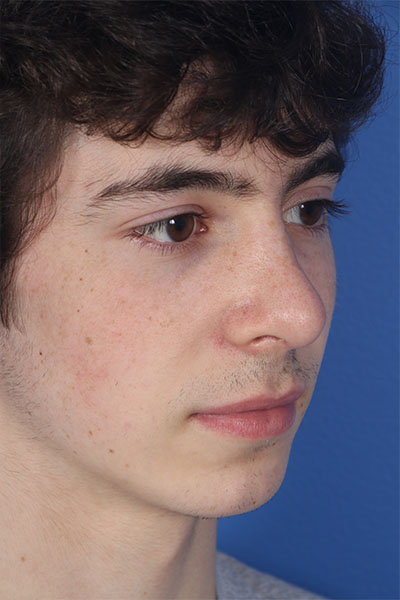 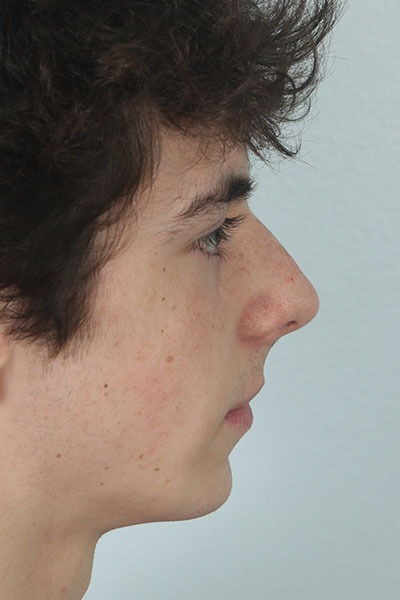 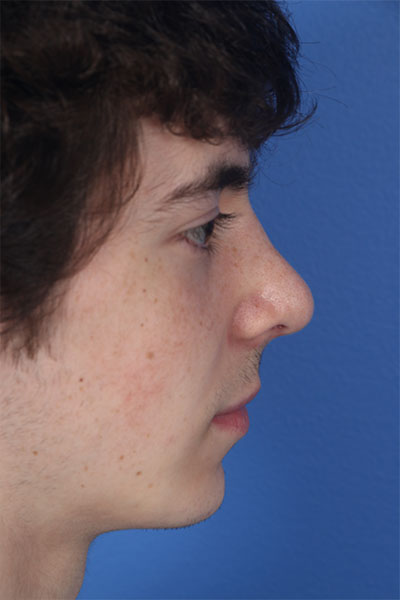 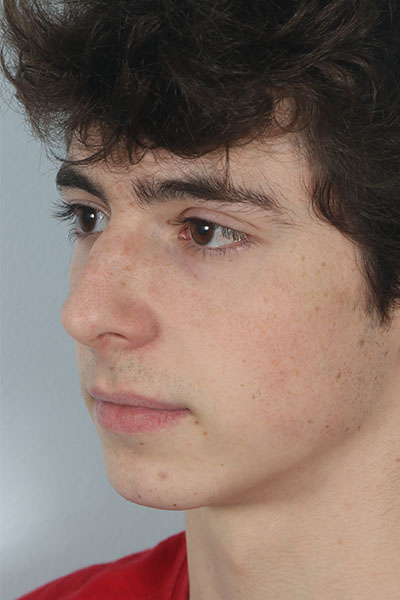 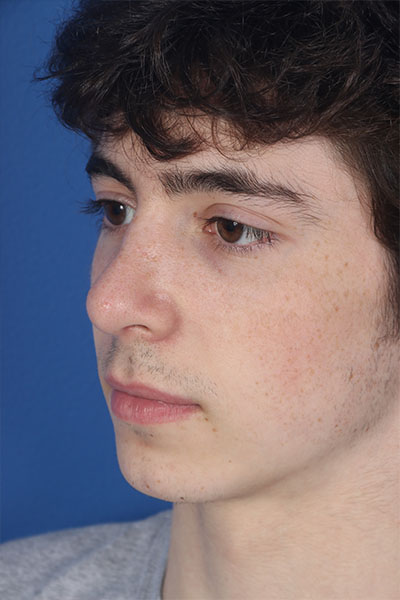 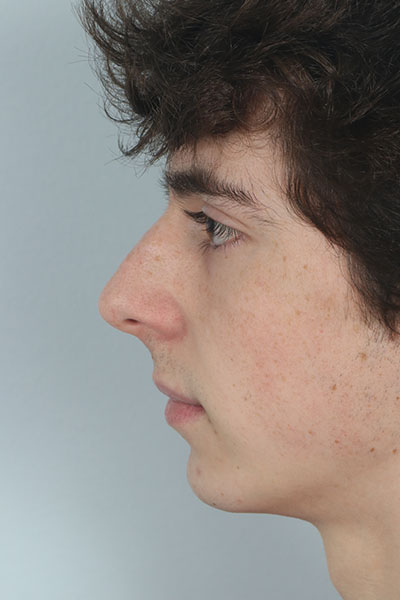 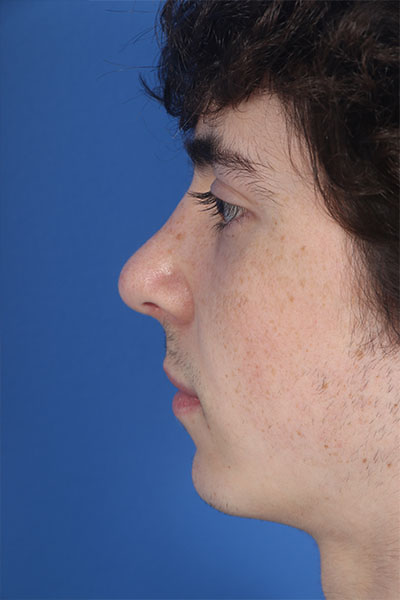 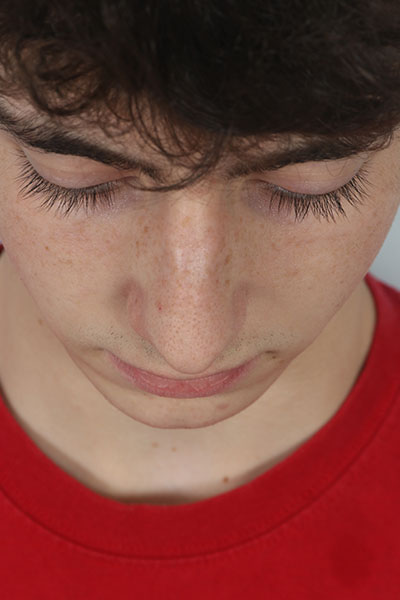 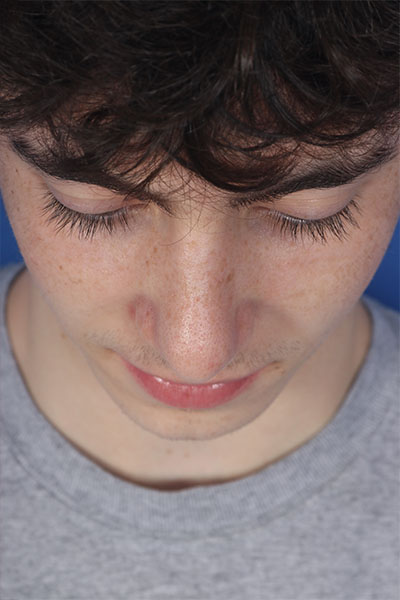 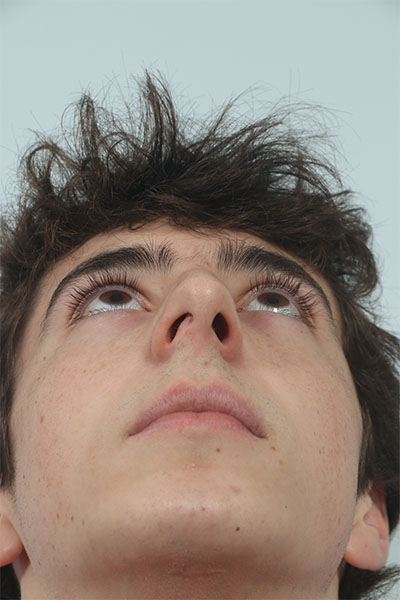 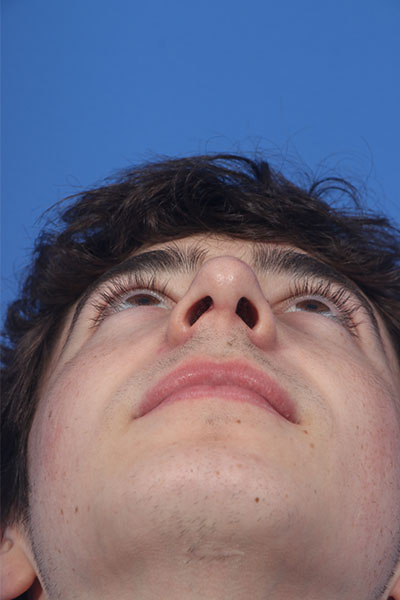 This teenager was bothered by his nose. We had previously performed a chin augmentation and he felt his nose was still too large for his face. In addition, he had a deflection of his caudal septum obstructing his breathing. He underwent a 3 mm hump removal, trimming of the posterior and anterior septal angles, and lateral osteotomies. You can see the improved nasal dimensions and from the worm’s eye view the improvement in his nasal airway.