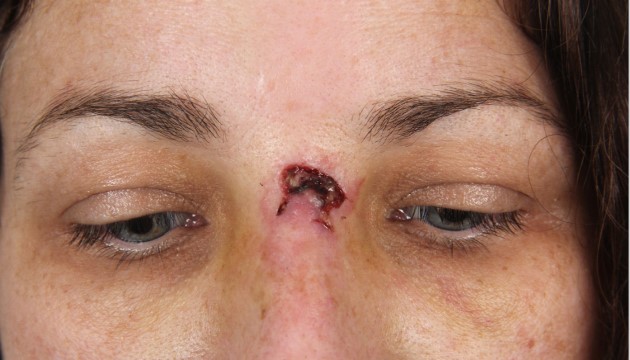 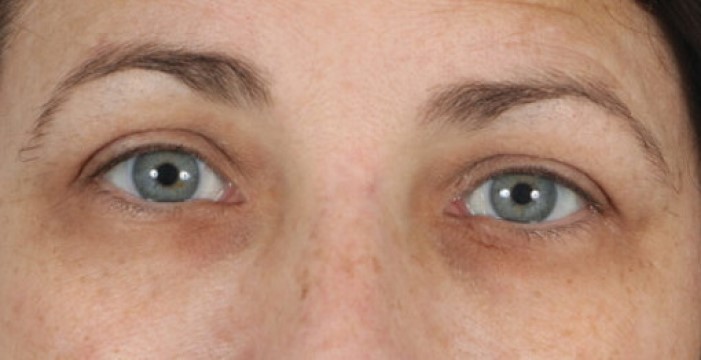 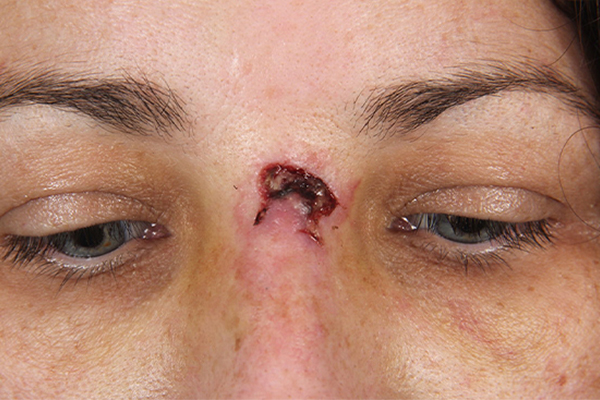 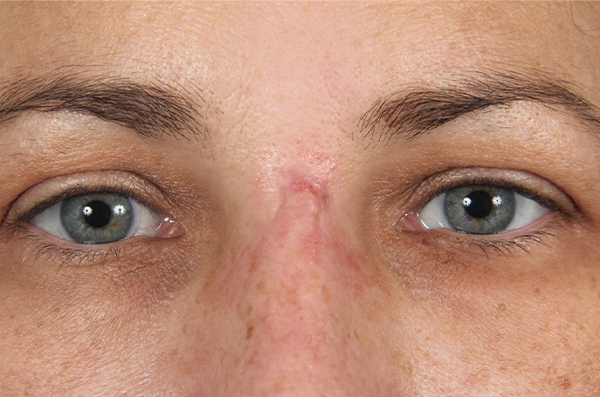 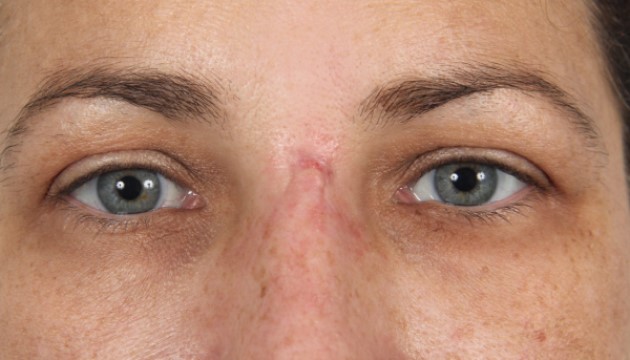 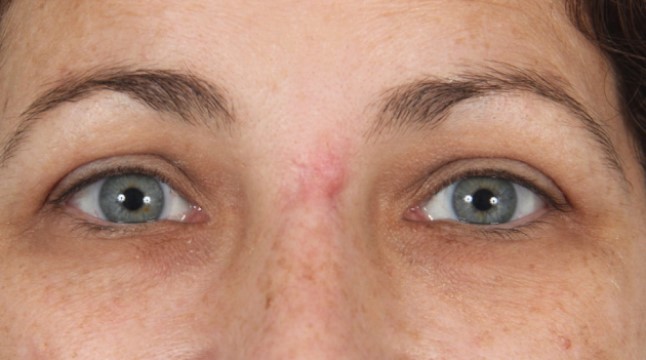 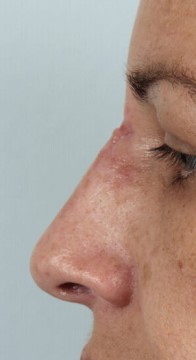 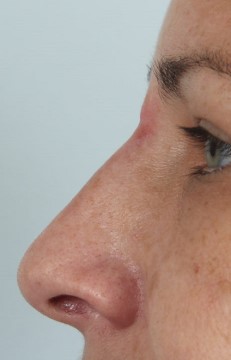 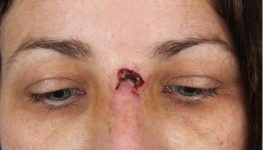 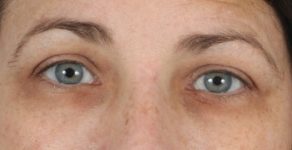 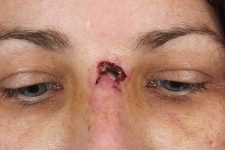 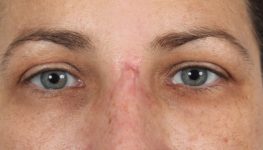 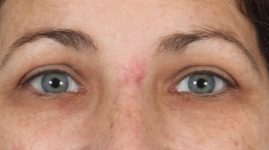 This patient had a trauma to her nose which was repaired by another physician in an emergency room, who referred the patient to Dr. Guy, a facial plastic surgeon. When she appeared to Dr.Guy her wound was breaking down. Proper wound care was initiated.

The different stages of a Scar Revision Procedure: