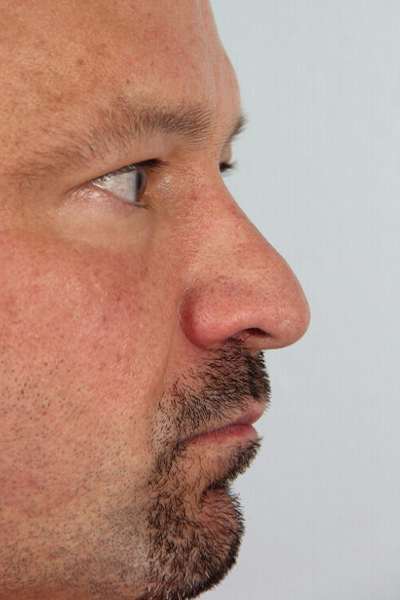 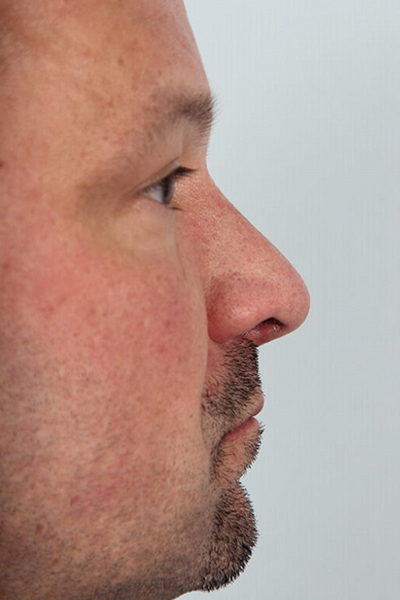 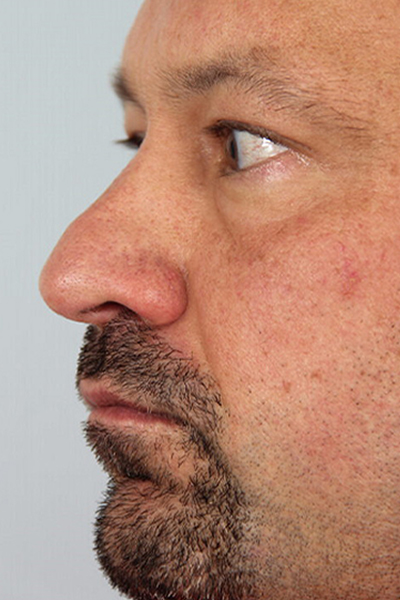 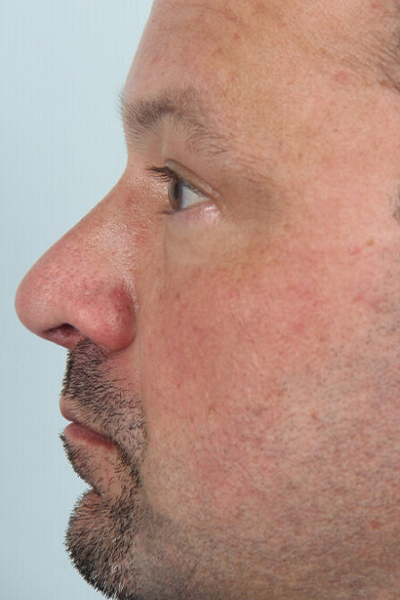 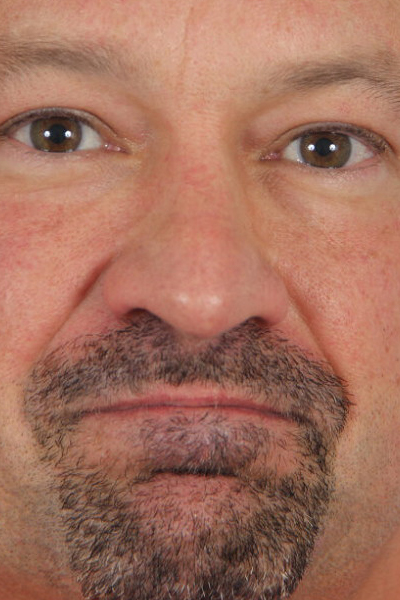 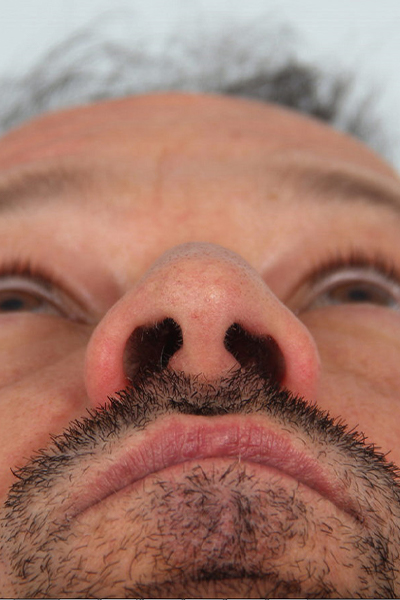 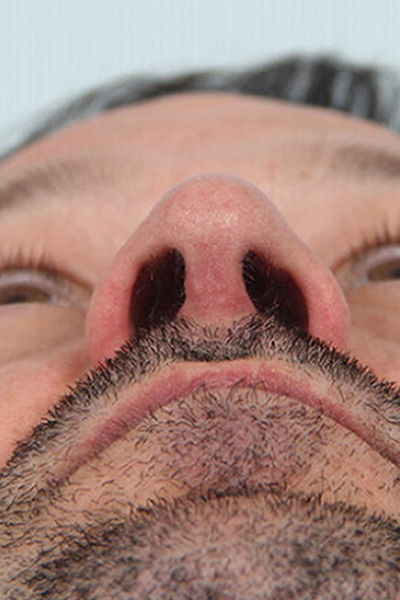 This patient in his later 40s was always bothered by the size of his nose, the bump on his nose, and the drooping of his nose. As time went on, these concerns became more noticeable and problematic. As you can see in his after photo taken 4 months after his surgery, the nose is no longer drooping, the hump is gone, and what you cannot appreciate is how much better he is breathing. In this before and after you can see how the projection of his nose (how the nose sticks out from the face) has improved the appearance and symmetry of his nostrils. This is one of the reasons his breathing has improved. An external approach was used meaning there is a small incision in the area between the nostrils. However, when closed properly this incision is essentially imperceptible.